The Complete Works of Shakespeare (abridged) 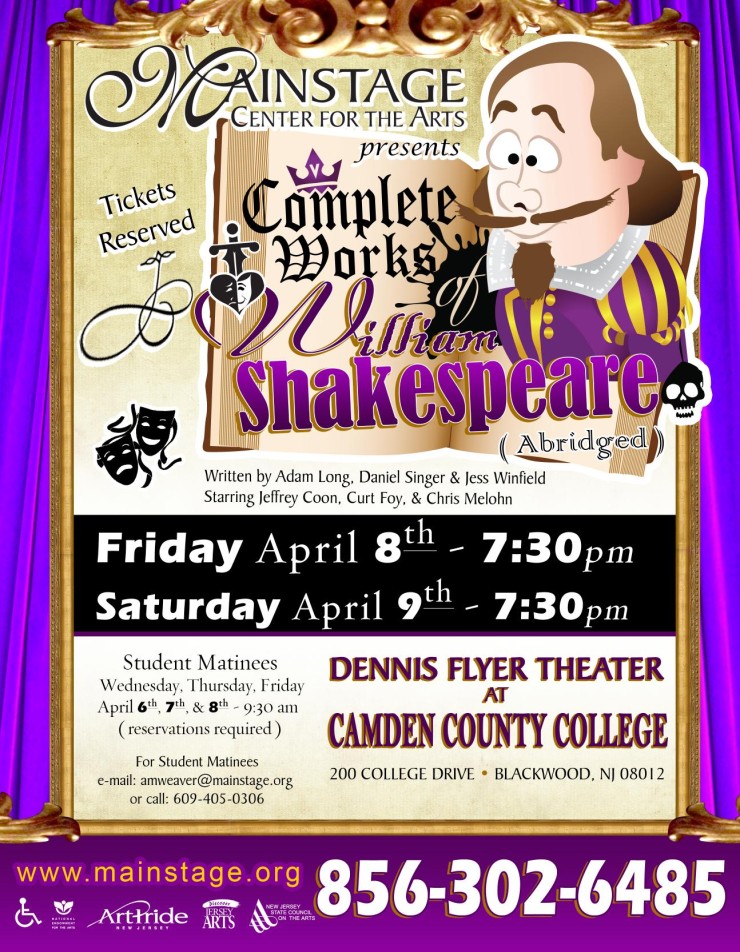 The Complete Works of William Shakespeare (Abridged)
Barrymore winner and Philadelphia favorite, Jeff Coon, headlines a cast of three funny guys who use slapstick and improvisation to transform all 37 of Shakespeare's plays into one hilarious comedy, The Complete Works of William Shakespeare (Abridged). This irreverent tribute to the world-famous Bard is complete with a hip-hop Othello, and the histories performed as a football game.

An irreverent, fast-paced romp through the Bard's plays, THE COMPLETE WORKS OF WILLIAM SHAKESPEARE (ABRIDGED) was London's longest-running comedy.

This production, presented by Mainstage Center for the Arts, comes to the Dennis Flyer Theatre, Camden County College, Blackwood on April 8 and 9, 7:30 pm. Tickets range from $21 for premium seats to $12 for students. 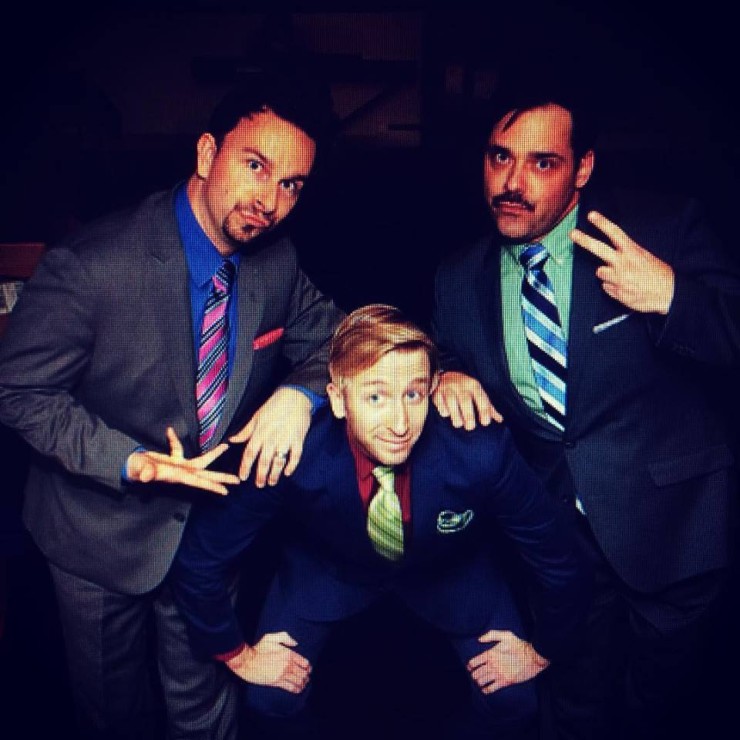 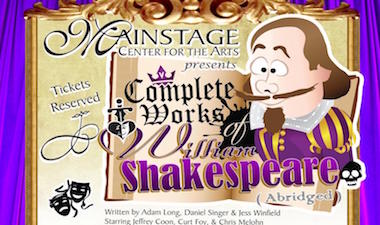